On Tuesday January 13 from 17:30, City Arcadia continues to look at the past, present and imagined future of a city centre with an opportune screening of Fritz Lang’s cult film Metropolis (1927)*. 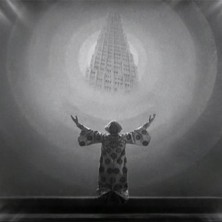 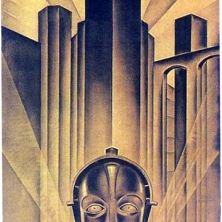 In variation to our scheduled exhibition launch, we invite you to join us and [RE]Visualise the built environment surrounding City Arcadia and to contemplate wild ideas about what cities could be as we compare Metropolis’s epic futuristic portrayal of architecture, lifestyle, industry, development, politics, social hierarchy, class systems, love and treachery with the Modernist architectural ideals presented in Coventry’s post-war redevelopment.

Join us for this suitably striking, powerful and lavish cinematic beginning to 2015.

We might just realise how good we have it.